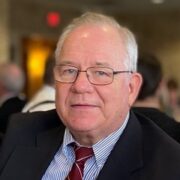 For the past 15 years, John Doyle has helped create a formula for Complete Crewing’s success that will leave an everlasting stamp on the company and our industry. John can be proud of the legacy he has established through his lasting impressions on everyone he has trained and worked alongside.  Our team is stronger than ever due to his creation of an industry leading training & development program that is focused on the safety of the crews that make meetings and events possible. Always thinking first about crew safety has created an indelible mark on the culture of our organization, as well as with our union partners. His training programs, passing on his intimate knowledge of venues, planning processes, and daily coaching has been invaluable to our future successes. 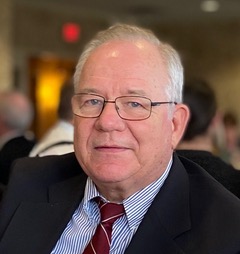 John has enjoyed a career in Audio Visual Communications, Broadcasting and Special Events Staging for over four decades as a Technical Director and Corporate Officer directing sales and operations. He has been active in the Chicago market for over three of those decades and has developed thorough knowledge of both the Chicago and National AV Services Market. His in-depth knowledge of Chicago’s labor unions and jurisdictions has aided clients to budget and execute hundreds of successful events every year in Chicago Hotels, Navy Pier and McCormick Place.

John moved to Chicago as the General Manager of the local office for a National AV services company in 1980 that was heavily involved in servicing the association and tradeshow market. He left that company in 1983 to accept a position with Sound and Stagecraft a Chicago based audiovisual services company. John remained there for over 13 years where he developed and implemented the sales, marketing and operational strategies of the privately held AV services company. He managed a team that grew the company into a regional market leader in Special Events and In-House Audiovisual Services that was eventually acquired by a publicly held, multinational corporation.

Shortly following the sale of the company, John joined Program Productions of Lombard, IL a video production company that specialized in providing video crews for broadcast and special events for close to nine years until he accepted a position with Complete Crewing (known as Event Engineering at that time) in 2005.

With Complete Crewing, John has provided production consultation, labor contracting, management and payroll services for companies producing a variety of large-scale meetings, special events and product launches. Clients found him to be an invaluable resource in navigating the myriad of union jurisdictions involved in staging productions large and small in venues throughout the city.

John’s many contributions to the industry include being an important part of building the first “in-house” audiovisual companies that could compete in the production space. Working in hospitality and production taught him to see events from every angle, gain an intimate knowledge of the venues and he seems to know everyone in the business.

While John enjoys his well-deserved retirement, spending time with his grandchildren and traveling with his wife, he will not be a stranger. You may even see him from time-to-time lending a hand on one of our large events.

Here are just a few comments from people who John has touched. Of course, this list could go on and on, as I’m sure will happen on social media.

Congrats again and thank you.

I remember working with John at Event Staging. He was a great boss.  We had a lot of fun times back then.  John sent me to Bogota, Columbia which was my favorite travel show of my career.  Thanks for all the memories.

Thank you for always working with me over the years.  You have taught me so much you are probably not aware of; and I thank you. Your work ethic and way you care about crews is something I always admired.  Wishing you the very best in your retirement.

Congratulations on your retirement. Thanks for all your help and guidance you gave me in the last 35 years. It’s been a fun ride. Relax and enjoy yourself.

I’ve spent the better part of the last decade working with John Doyle.  Almost everything I know about running a large-scale production I learned from him.  When the opportunity arose to work directly for John, I jumped at it.  John is not only a highly skilled individual, but a phenomenal teacher and leader.  I owe John a lot, and I proudly tell everyone who praises me that I learned from the very best.

I have spent 15 years working with John Doyle.  John has been a great mentor to all of us.  His incredible knowledge about this industry is invaluable.  He always has taken the time to explain things to his coworkers and help them to understand the industry and learn from his experience.  With clients, he takes the time to explain how venues and the unions work.  He is always thinking of new ways to streamline the process of the job.  He loves to research and apply new safety protocols and technology where it applies to our company and industry.  He lends himself to people bending his ear – offers his thoughts and advice and while leaving it up to the individual to decide what to do.  He has been a major contributor to the growth of our company during his time here.  He will be very missed.

John and I started at the company at two different ends of the spectrum. I was right out of college and John had established a name for himself in our industry.  I knew he was someone to pay attention to and learn from. He could navigate clients through budgets, jurisdictions, and venues with ease. Over the years, I watched him fine tune these skills as he continually wants to learn and improve.  I most admire that he wants to take his knowledge and share it. His door, email, and phone are always open for questions. Whether it’s clients, co-workers, or the company in general – he wants everyone to succeed and prides himself in making this happen. John is always thinking, always learning, and always willing to share ideas. I’ve valued his guidance over the last 15 years.

In our industry, John Doyle is one of the few people you hear a lot about before you actually meet or work with him. I’m younger and also come from the ‘artsy side’ of production so I haven’t had the opportunity to build ‘the twenty-year resume’ of knowing John that so many others have. But what I have learned in my few short years working with him, is that he holds up to all the hype- and seemingly without effort. I credit this to his integrity. In truth, any semi-intelligent AV goon can learn production and labor, but you can’t learn integrity or, even more so authenticity; and John’s authenticity has been such an essential part of his success in his career. I admire this most about him. I’m sincerely grateful for the opportunity I’ve had to learn from him and wish him well in his retirement.

While working with John Doyle directly and indirectly for nearly four decades, one thing stands out, his professionalism. John has an incredible attention to the details, has the ability to read between the lines, effectively communicates the client’s needs to everyone involved, and many times, knows the event better than the customer.

Over the years, John has been a mentor, a teacher, and a respected leader in the industry.

John has an incredible ability to recognize union member skill levels and put them in position to succeed.

He will truly be missed.